With the release of Fruit Ninja for PS Vita hot off the press, we take a few minutes to compare it to its most popular cousin. 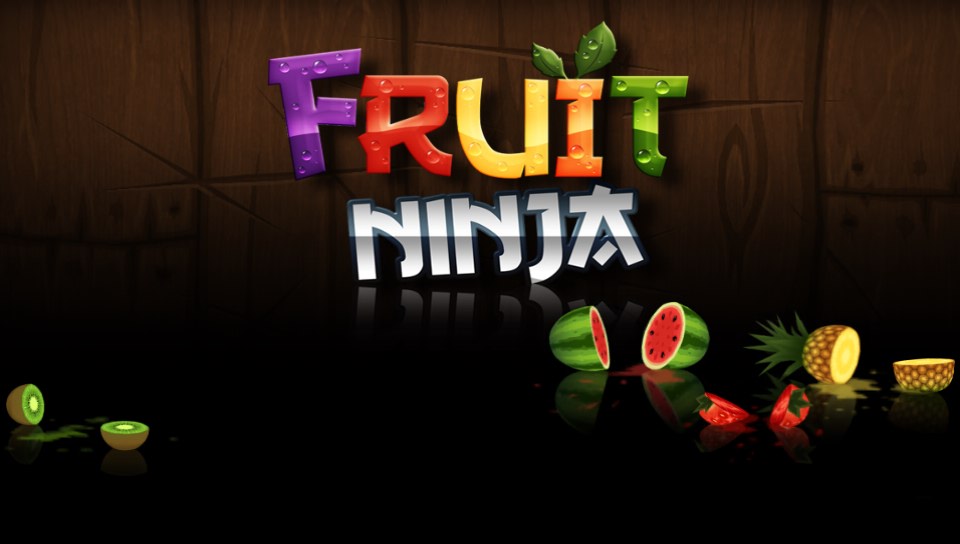 While load time can vary based on the number of open apps, and some other things, we’ve done our best to ensure that both the iPhone and PS Vita aren’t running anything when we launch the game.

Load time will be calculated by measuring how much time passes from the when we launch the game until we get to the main menu.

The PS Vita has 2 additional splash screens that show for a few seconds a piece, keeping you from playing your game for a whole extra 10 seconds.

While the iPhone seems to get a little louder, the quality of the audio appears to be better on the PS Vita. This could be in part to the Vita having speakers that face the player, unlike the iPhone. It’s a close call, but we’re going to give the edge to the Vita in the sound category.  We’ll take quality over quantity any day.

The games feature the same goals, bonuses, modes, trophies/achievements, etc.  Feature for feature they are basically identical. Things are slightly different in terms of online play however:  On the PS Vita version, the game has it’s own ranked ladder – a function which is handed off to iOS’s Game Center. Given the lack of differences, one has to wonder why the PS Vita version costs 5x as much as the iOS version, but we’ll get to the pricing later.  As far as actually playing the game, the Vita version is better.  The screen is bigger and brighter, and guys with gigantic hands (like myself) can actually get 4 fingers on the screen at once easily.  While this may seem trivial, when you need to slice a fruit that’s practically touching a bomb, this larger screen makes all the difference in the world.  For example, my all time high on the iOS version is still only half of what I was able to do on the PS Vita version the very first time I played it.  Having the same amount of fruits, but more space makes the game somewhat easier (fairer?), and the benefit of the increased resolution and screen size become quickly apparent. We should mention that the iPhone 5 actually has a higher resolution and larger screen than the 4s, but the Vita’s screen is still a full inch larger than that.  The iPhone 5 boasts a higher resolution than the Vita, but an extra inch of space makes all the difference in the world in a game like this (which is beautiful even in a slightly lower resolution).

We have no idea why the PS Vita version was released at the $7.99 price point, only do be dropped a few days later.  I’m sure those people who bought it the day it came out aren’t happy about that fact though.  While the PS Vita version may have it’s advantages, it’s hard to see why it costs 5x as much as it’s older cousin.  We understand that developing for the Vita isn’t exactly cheap, and that a lower pool of buyers means you need a higher price point to turn a profit, but still, 5x as much?!

While it may cost more and be a little slower to load, the game brings the OLED screen to life and is easier to play thanks to the larger ‘chopping board’.

That being said, we wouldn’t fault you for choosing the iOS version based on the price  alone, but if you’re looking for a fun and casual Vita title, don’t overlook this one.